Meet our team, and hear our mission

See how we meet the needs of our partners and what drives us.

Meet our team, and hear our mission 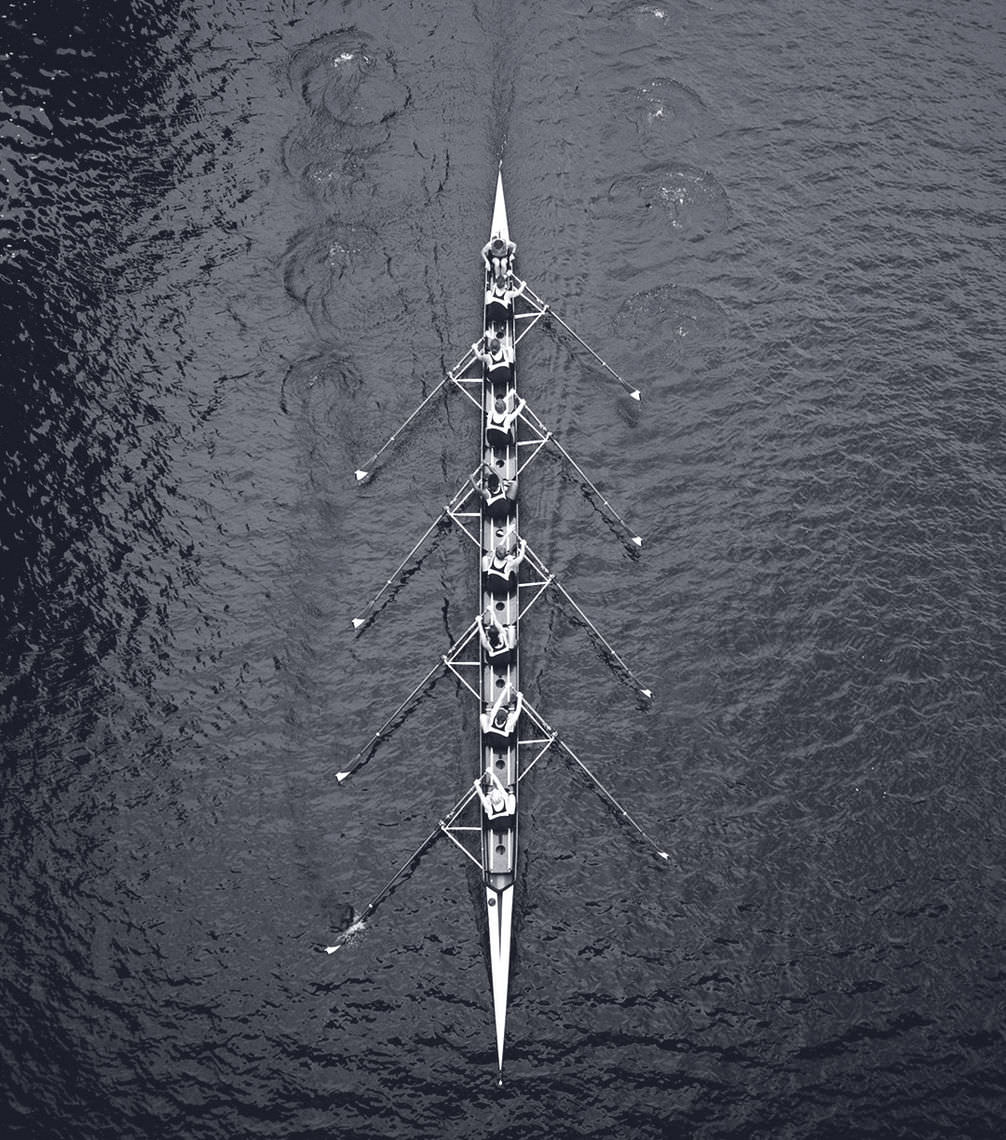 Driven by a passion for healthcare technology, excited to work at hyperspeed, and motivated to help you make a difference in the lives of patients, meet the keen minds behind Keen Eye. 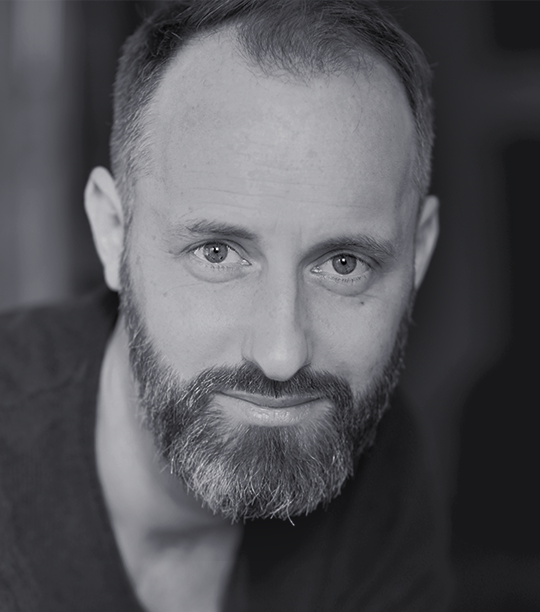 A healthcare technology innovator with 15 years of experience, Sylvain’s mission is to develop top-class machine learning products that optimize the daily operations of clinicians and researchers worldwide. He was awarded his PhD in biomedical image analysis from the Pasteur Institute and a computer science degree from EPITA. He was appointed as a postdoctoral fellow at the Scripps Research Institute, and then at Harvard Medical School. He has authored 10+ international peer-reviewed journals, and the equal number of secured or - pending - patents.

Sylvain has a passion for building expert teams who champion his vision for smarter, better, and more efficient medicine. Since founding Keen Eye, Sylvain has arguably been responsible for some of the most innovative biomedical technology products since the advent of AI. 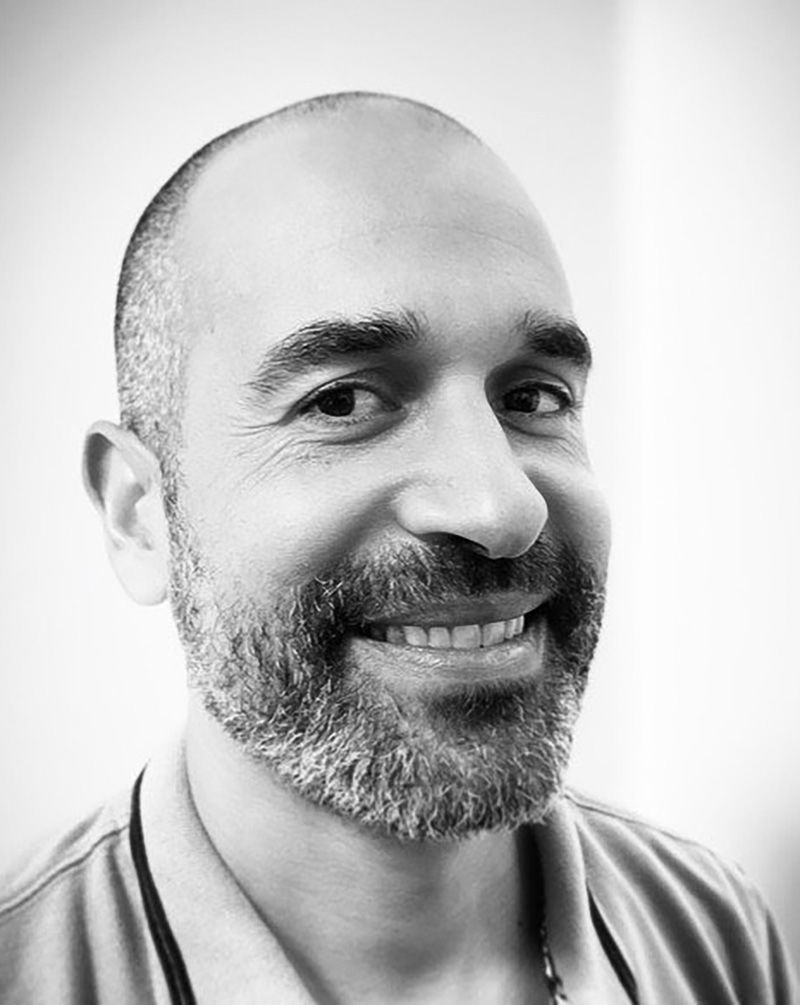 Mathias Monnerville joined the Keen Eye journey as Chief Technology Officer in 2015. He has 15 years of computer science expertise, and touts extensive experience as a research engineer at La Sorbonne, Pierre et Marie Curie, and Montpellier Universities in France. After working for several years as a project manager and software engineer at CNRS for the Terapix team (designing software pipelines for synthesizing astronomically large data sets), he found that diving into the medical field to work on the discovery of new AI-driven medical insights at Keen Eye would be the perfect challenge and a career-defining experience. He strongly believes in the talent of his team, and is committed to building the best AI product on the market. 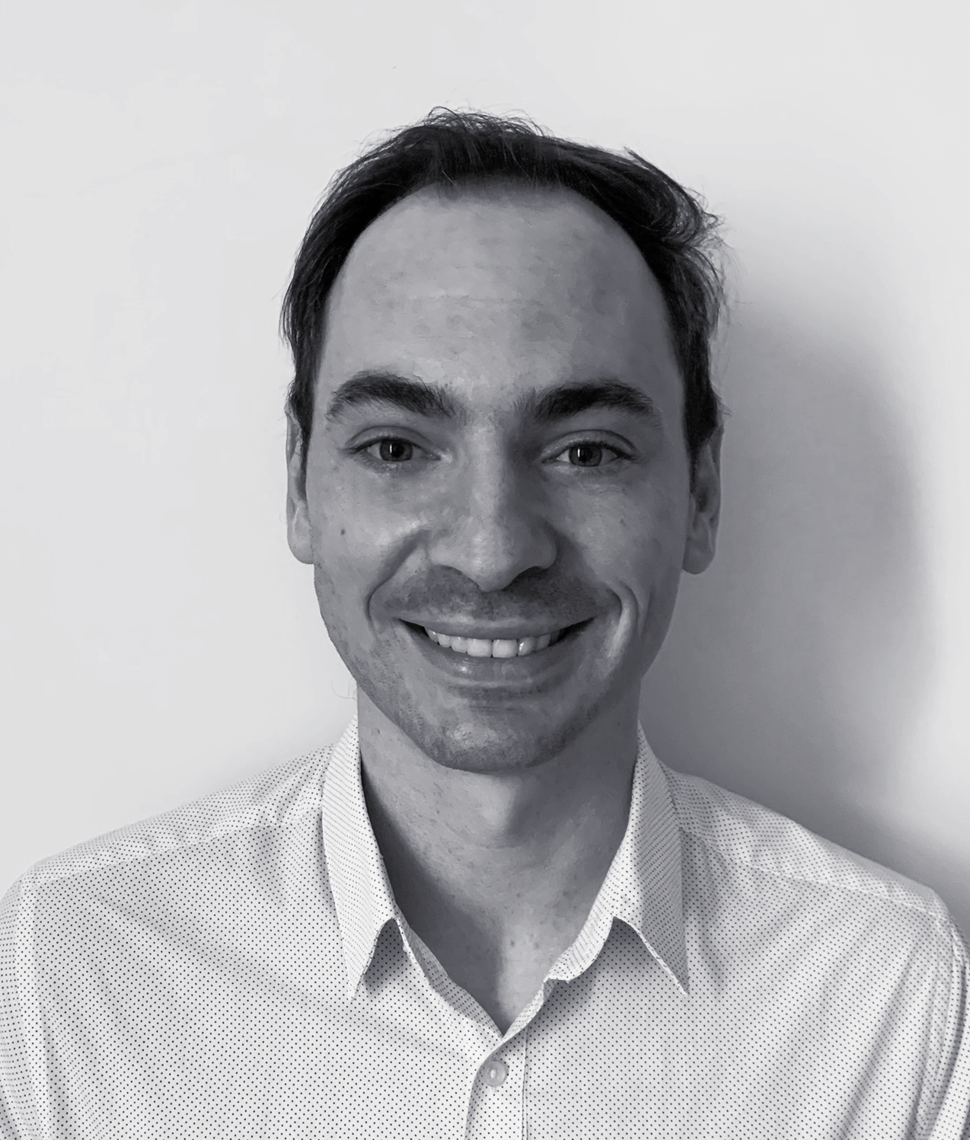 Romain Garnier joined Keen Eye in 2019 as Lead Product Owner, before becoming Chief Product Officer. After working several years for the French Defense and automobile industry, he joined General Electric Healthcare in 2013 in the CardioVascular team as a medical software engineer. Driven by practical implementation and technical feat, Romain rapidly evolved to the Interventional Guided System team as a Product Owner. Strengthened by his combined expertise in medical software development and regulated medical systems, he joined Keen Eye with having at heart to design the best product, fitting the right needs and at the right time. Romain thrives for highly challenging adventures, where an innovative AI product is driving everybody towards the same goal. 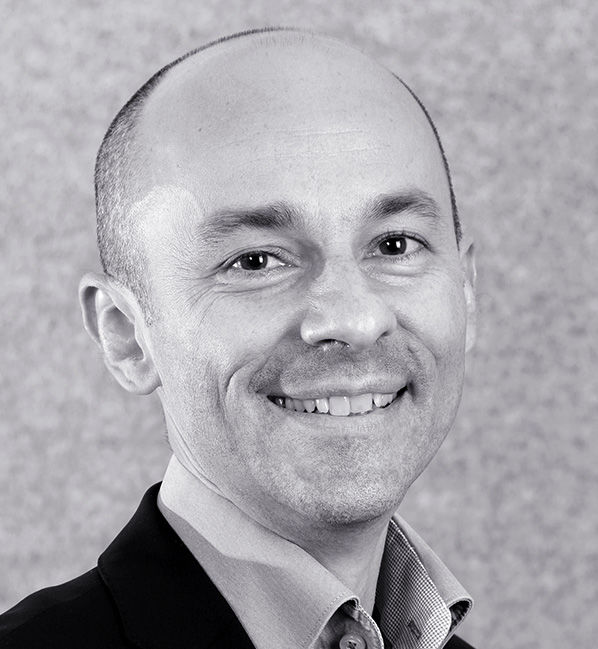 Nicolas has been building for 20 years a financial advisory expertise. After having worked during 15 years at KPMG, of which 7 years as a Transaction Services partner, he created in 2013 Aequifi, an independent advisory and audit firm. Nicolas advises fast growing companies, family owned businesses as well as private equity houses. Nicolas graduated at the Dauphine University, and is French Certified Public Accountant (expert-comptable et commissaire aux comptes). Nicolas advises Keen Eye and his CEO Sylvain since 2019, and acts as Keen Eye CFO since May 2020. 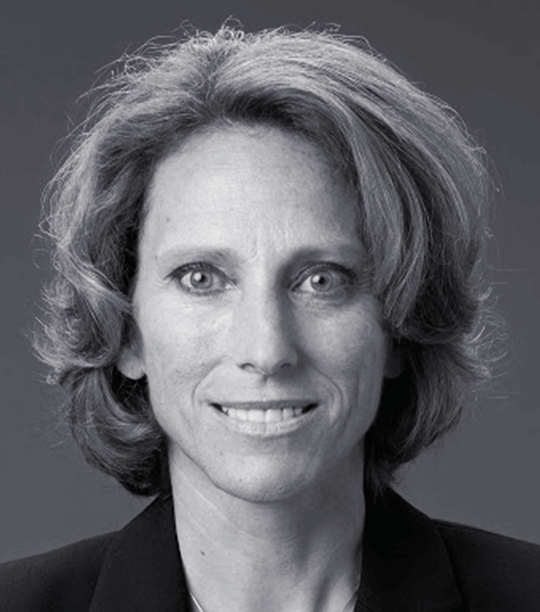 Chairwoman of the board, Former Executive Vice President at Sanofi

Ms. Witz brings over 20 years of global healthcare management experience to the board. She most recently served as Executive Vice President of the global diabetes and cardiovascular franchises at Sanofi. During her tenure at Sanofi, she launched multiple therapeutics and strengthened the pipeline through licensing and partnerships. Prior to Sanofi, Ms. Witz served 17 years at GE Healthcare which included her final role as President and Chief Executive officer of its medical diagnostics business - a $2 billion integrated pharmaceutical organisation that spanned from R&D to commercialisation. She received her MBA in Economics and Marketing from INSEAD and her MS in Biochemistry from INSA Lyon. 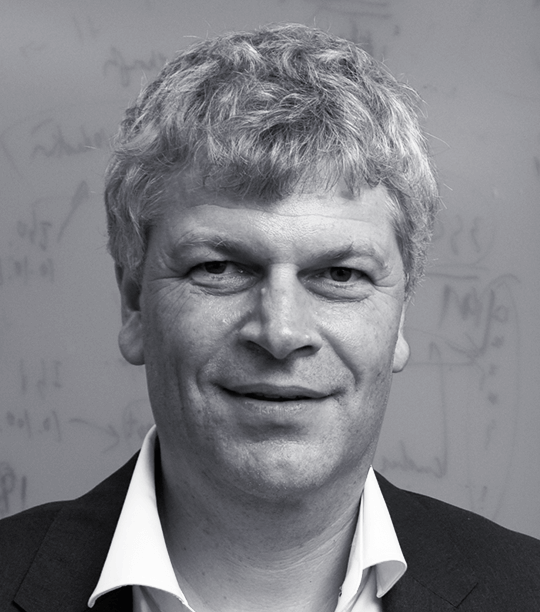 Gaudenz Danuser is the inaugural chair of the Lyda Hill Department of Bioinformatics. He also holds the Patrick E. Haggerty Distinguished Chair in Basic Biomedical Science and is a Scholar of the Cancer Prevention Institute of Texas. He is co-chair of the computational and systems biology track in UTSW’s graduate school. Before moving to UTSW, Danuser directed research laboratories at ETH Zurich, at The Scripps Research Institute in La Jolla, and at Harvard Medical School. He completed a PhD in Electrical Engineering before entering the field of cellular biology as a postdoctoral fellow at the MBL in Woods Hole. His contributions to cellular biology and biophysics have been recognized with several awards and honors. 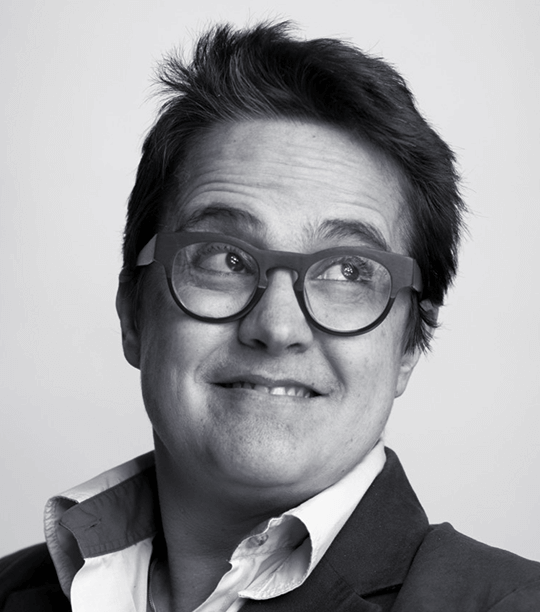 Karine Lignel, after an illustrious career in the food industry, became a venture capitalist in 2000. Her field of expertise is fast-growing technological companies. Since then, she has invested in more than 35 companies, and has helped upwards of 60 with their strategy. Karine has been an active member of more than 30 boards. She has been heavily involved in the refinancing rounds and has been instrumental in three industrial exits as well as two successful IPOs. Karine is the Executive Chairwoman of Credit Mutuel A L'Innovation, which has an active portfolio of 38 companies, and an Executive Director of Credit Mutuel Investissement. Karine has a Food Engineering Degree (ENSIA, Massy) as well as an MBA in Finance and Accounting (IGIA, Cergy). 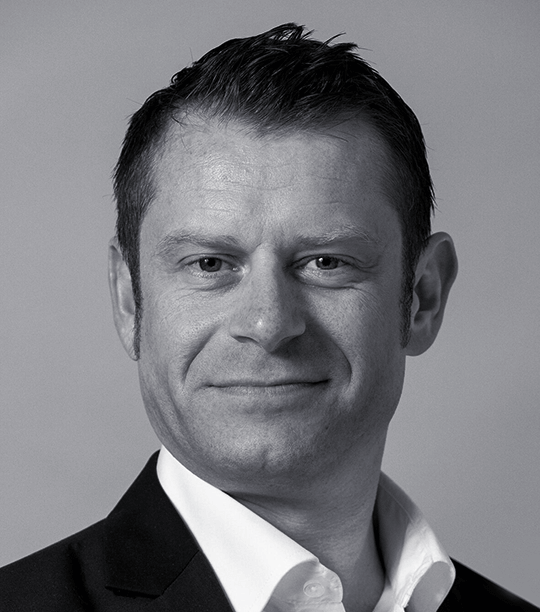 Philippe Tramoy joined Seventure Partners in November, 2013 as Investment Director within the Quadrivium 1 seed fund team. He is in charge of this fund’s investments in the Life Sciences sector. He has 15 years of experience as an entrepreneur and business developer in both startup and corporate environments. In 2004, he founded and managed a market and business intelligence company, CBDMT – Market and Business Intelligence. Philippe graduated with a degree in Biochemistry and Immunology and Genetics from the Burgundy’s University and the Ecole Normale Supérieure in Lyon. He also graduated from IAE Paris Panthéon-Sorbonne and HEC Paris.